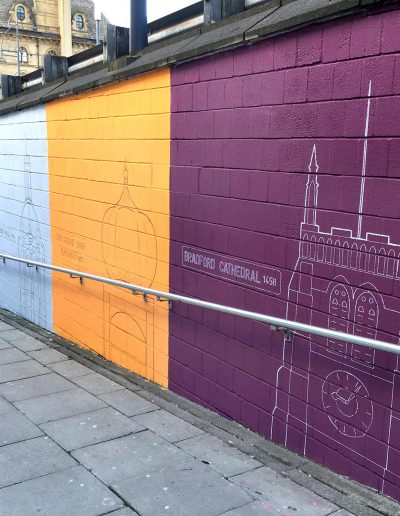 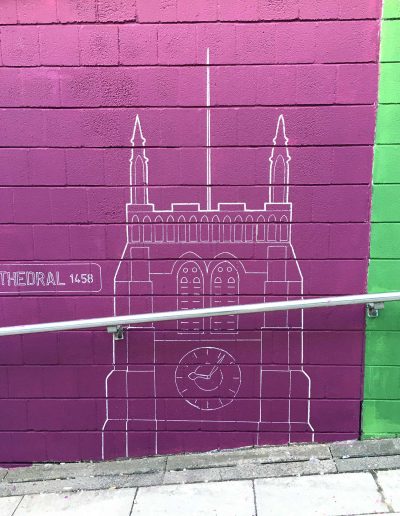 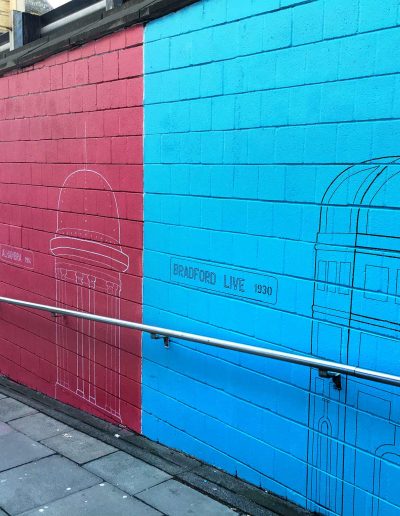 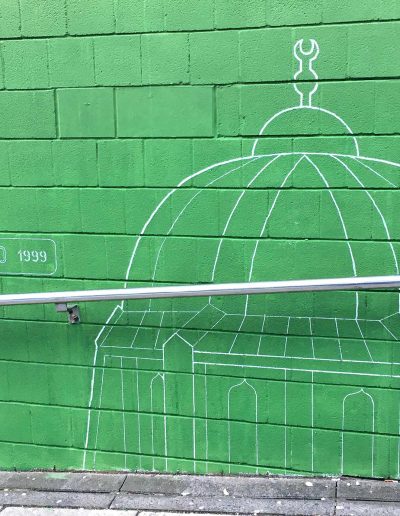 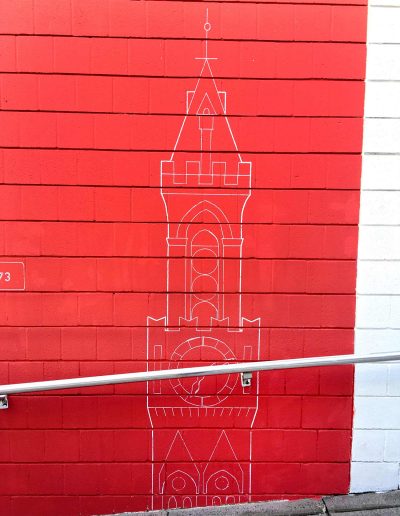 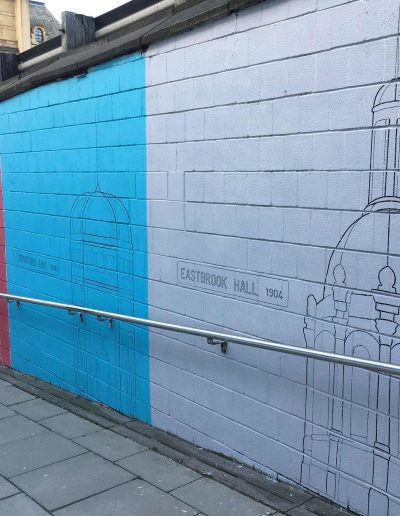 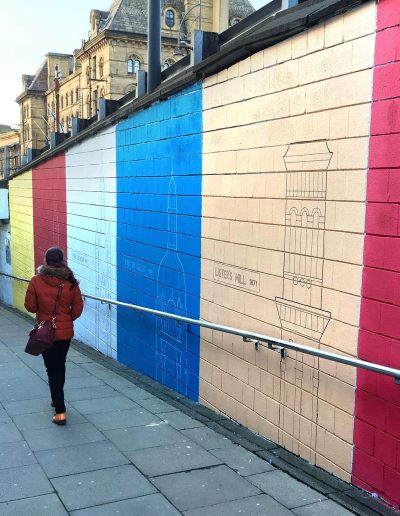 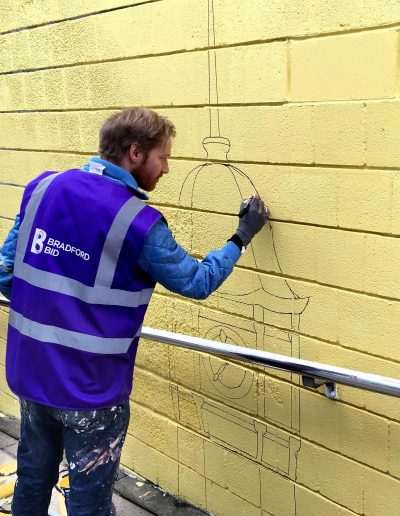 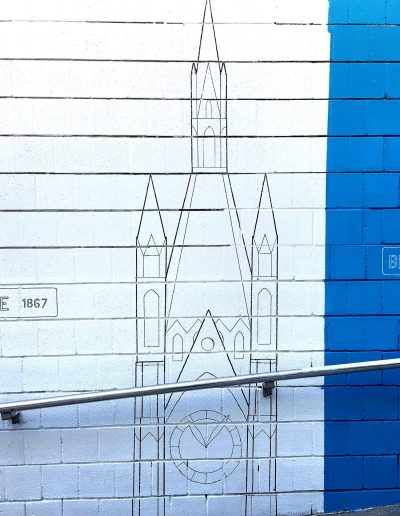 I was commissioned by Bradford Business Improvement District (BID) to brighten up the 40m wall outside the city’s central train station. I came up with the concept of featuring the spires, domes and towers of some of the city’s most famous landmarks. I painted the 11 buildings, each one over 2m high,  on brightly coloured backdrops  significant to that building. They are:

I finished off the mural by including the name of each building and the date it was constructed.